Contractors that earn over £150,000 were dealt a bitter blow in the Summer Budget in July, as the 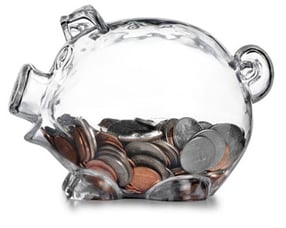 Chancellor attempted to balance his cuts to welfare and benefits with a reduction in the pension allowance for Britain’s highest earners.

If you fall in to this highest pay bracket then you will have your annual pension allowance cut at a rate of £1 for every £2 you earn over that £150,000 threshold, effectively leaving those earning £210,000 per year with just £10,000 annual allowance from April 2016.
This is on top of the changes to the lifetime allowance made in the March 2015 Budget which will see a drop from £1.25million to just £1million in April 2016 which was dubbed “a cap on aspiration”. Thankfully, this only applies to a very small number of Contractors and so most of you will have emerged unscathed following last month’s announcement.
In the run up to the Summer Budget there was widespread speculation surrounding salary sacrifice and whether the Chancellor would take a sledgehammer to the current system. Ex-pension minister, Steve Webb was spreading rumours that Osborne would scrap salary sacrifice altogether which would have disastrous consequences for the vast majority of Contractors who are making use of an Umbrella company and investing in a pension using salary sacrifice to take their contract income as tax efficiently as possible.
Thankfully, we can breathe a sigh of relief as the Chancellor has avoided making any changes to salary sacrifice this time around. He has however, issued a green paper which will form the basis of a consultation on how pensions should be structured and taxed going forward. He mentioned in his Budget speech, that pensions could be taxed like ISA’s with a top up from the Government and usually, if an issue makes it in to the Budget speech then it is only a matter of time before the Chancellor makes his move towards a radical overhaul. We learned this from the changes to pension freedoms last year so Contractors should take head.

The message to take away is ‘buy now while stocks last’ as come April, you may be severely limited as to how much you can invest tax efficiently. If you have unused allowance from previous years then you can make use of carry forward rules to invest up to £220k in the 2015/16 tax year.