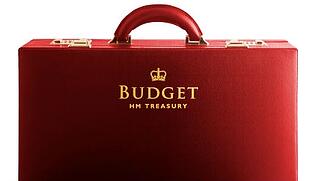 attention on creating a stronger economy by supporting small business and enterprise. The Government continue to voice their desire to stamp out unfair and deliberate tax avoidance, aiming to raise £12bn through their efforts.

So what does it all mean for Contractors and Freelancers?

All contractors will benefit from Wednesday's announcement that personal allowances and tax thresholds are to increase, with many retaining more of their salaries and earnings.

The key changes are:

For those contractors operating through Limited companies the reduction in Corporation tax rates is also good news. By 2020 the rate will be cut to 17% from the current 20%.

On the flip side, Limited company contractors who occasionally find themselves in debt to their company will be unhappy with the change in tax rate on a loan to a director. With effect from 6 April 2016, any loan outstanding nine months after the company’s year end, will now attract an additional corporate tax charge of 32.5% as opposed to the current 25%. A good reason to ensure careful tax planning and budgeting are undertaken.

Even before Wednesday's budget we already knew that from April 2016 there are big changes for Umbrella Contractors and nothing changed in the Chancellors speech. Umbrella Employees, whose assignments are deemed to be under the Supervision, Direction and Control (SDC), of any party in the supply chain will no longer be able claim for what will be seen as home to work travel. Even if the contractor's assignment is found not to be under SDC tax relief on most travel & subsistence expenses will no longer be available at source and NI relief is abolished altogether.

What we were less sure about, prior to the budget, was how much focus there was to be on IR35. Given the speculation around what the Government would say following last summers round table discussions it was perhaps surprising that “IR35” was not specifically mentioned in the budget speech. Mr Osborne did, however, announce changes for those contractors and freelancers engaged by Public Sector Bodies.

Following on from our discussions with HMRC about IR35 last summer, Orange Genie have

received a document from HMRC entitled “off-payroll working in the public sector: reforming the intermediaries legislation” which contains additional insights into these changes.

From April 2017 it will no longer be the contractor who decides whether IR35 applies but the business which pays the contractor’s limited company (either the end client or more typically the agency). The client or agency will be required to deduct tax at source from all payments made if it believes the contract is captured under the new rules.

It is by no means clear as to how this will operate in practice and despite the Government’s announcement Wednesday to introduce clear, objective tests to allow the engagers/agencies to determine the status of the contractor there is a lot of detail still to be agreed and disclosed. We will fully engage with HMRC during the next 12 months to ensure that we represent the interests of both Public Sector contractors and those in the private sector as we feel sure that there will be further announcements as to the future reform of IR35 for all.

Should you have any specific questions regarding the announcements, do not hesitate to get in touch 01296 468 483